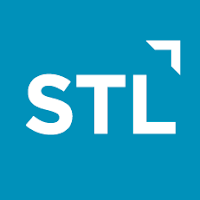 Monday night, the work of the Ferguson Commission reached a major milestone in the affirmation of over 140 calls to action (for a total of over 200) in response to the Governor's charge of November 2014:
As I type this, I'm realizing that technically, the Commission has met that charge already. But hold that thought for a moment, that's not the point of my post (yet/maybe).

The inspiration for this brain dump is that even after the months of meetings, negotiations, tensions, debates, research and sheer time that it took to get to Monday night, I must recognize that there is a very vivid 2014 version of myself who is not inside the Ferguson Commission work and who is all "blah blah blah, great. A bunch of people, 300,000 feet from the actual ground, sat around and fancified themselves up a list of 200 unicorns in the form of 'shoulds.' What we need is some actual 'do-s.' Blah blah blah."

So when people point me toward reactions and comments like this one, I have to be like, well, yeah.

But my sausage-making seat inside the Commission work comes with the first hand knowledge that enough of the 100+ people involved are on or have intimate knowledge of the actual ground. Just as importantly, enough of them are also people who are in places of traditional power – a very important ingredient in making unicorns a reality. People whose passion and commitment are on fire. People who are scared and tired and see real things at stake (even when those are material things, the momentum is useful).

I also see and accept that whatever you think of the Governor, government in general, institutional or corporate power and/or "the establishment," they are real and very much in charge. That as empty as it may seem to some, there is an impact when an entity like the Ferguson Commission says something (the 2014 version of me is still screaming "are you kidding me?" while the 2015 version of me is watching it happen in realtime). Also true is that real human voices are very much present in the things being said, despite their semi-governmental PowerPoint delivery. Fast enough, loud enough, real enough, connected enough — these are all scales on which one could argue about the effectiveness of the Ferguson Commission. In the meantime, all the versions of me acknowledge that in a different St. Louis, affirming some of these things on paper in public in any official setting would just not happen.

There is something undeniable to that. The public, organized, sanctioned acknowledgement of some of these issues – and of some of these tangible solutions – has not previously happened. And now it has. Like it or not, sometimes it takes a certain type of people in a certain type of setting with a certain sort of anointment to sit around and argue about something before a certain segment of people can begin to hear it. What's the saying? The first step is admitting you have a problem.

Which brings me back to the part about the end being the beginning.

Make no mistake. Almost 8 months and over 10,000 volunteer hours from people at all levels of leadership, academia and community went into the 200 plus calls to action produced by the Commission as of Monday night. The relationships and understanding gained by individuals who have been working on the issues of our community for decades is in itself a deliverable, a product and a gift that St. Louis will benefit from regardless of what happens (or doesn't) with the Commission's calls. The process is ripe with byproduct. And all of it's not roses. The uncomfortable tension filled interactions and times when people left everything on the table (more of which are to come, I am sure) are possibly the most valuable. St. Louis is very good at niceties. Niceties and transformative change do not go hand and hand.

As I mentioned at the outset, if you take the Governor's charge literally, the recommendations are the thing. And yet the work just ramped up a notch. The Commission now enters a prioritization process, where 200+ calls to action will become something like 20 and then the full Commission will publicly work through that 20 to develop "signature priorities" to anchor the report. Those signature priorities will then move into a translation phase, were the community will work together to articulate the moving pieces of implementation.

The other 200 calls that don't become signature priorities? They are ripe for the picking. This isn't about the Commission. This is about substantive and lasting generational change in our region. A Commission can't and shouldn't do that. The people of our region have to do that. If a Commission and an extremely raw and painful moment in time can be the catalyst, so be it. Some of the calls have already been implemented in pockets, some are very much in line with existing or nascent conversations, initiatives and partnerships. All of them have come out of the brains and hearts and scholarship and experience of people who live and work and invest in this region. It has now been spoken. Let it be done.

Because progress.
Posted by Because, Really at 10:45 PM